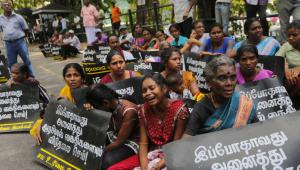 Tamil Protest
COLOMBO, SRI LANKA, March 21, 2016 /EINPresswire.com/ — The Transnational Government of Tamil Eelam (TGTE) demands that the Tamil Prisoners of War languishing in Sri Lankan prisons be released immediately. Our people now in imprisonment would have been arrested for their alleged connections with the struggle that grew out of the ethnic contradictions arising from political reasons. And so our Tamil people generally regard them as political prisoners. But the Sri Lankan state looks down upon them as terrorists and extremists. We, from the side of the Tamil people, see them as Prisoners of War. The war between the Government of Sri Lanka and the Liberation Tigers of Tamil Eelam was not merely a civil war. It was a war with international dimensions falling within the framework of international law. It is a stipulation of international law that if anyone is arrested for his/her involvement in acts of war or on suspicion of such involvement, he/she should be considered a prisoner of war. Hence all those arrested on suspicion of involvement in LTTE activities should be treated as prisoners of war. And all those arrested as above should have been released once the war between the Government of Sri Lanka and the LTTE was over. The international community ought to have ensured that they were released immediately. Thus it is a violation of international law to keep the prisoners of war in prison even after the end of the war. Hence we demand that all prisoners of war held in Sri Lankan prisons be forthwith released without any conditions whatsoever. But, Tamil militants arrested as prisoners of war in Sri Lanka were subjected to cruel and inhuman torture. Many have disappeared. Yet some of them continue to be held in Sri Lankan prisons. If the erstwhile Mahinda regime did this, there is no notable change in the approach of the present regime styling itself as good governance. The promises given by this government in this matter to the leaders of the Tamil National Alliance have not been kept at all. It is of utmost importance to draw international attention through widespread mass struggle with regard to the issue of the Tamil Prisoners of War. We have also to seriously think of legally proceeding at the international level. We would like to place on record that the TGTE is determined to pay more attention in this matter and proceed further. We would also like to point out that the UN Human Rights Commissioner, during his recent visit to Sri Lanka, had mentioned that the Tamil prisoners of war should be tried by courts in accordance with law. The Tamil prisoners of war are now detained under the Prevention of Terrorism Act (PTA), and both the Human Rights Commission and the Commissioner have stated that their basic human rights including the right to due process were thereby violated. As the assertion that the PTA should be scrapped and at the same time to ask for the trial of the prisoners of war under the same law are contradictory, the TGTE calls upon the Human Rights Commissioner to clarify his stand in this regard. 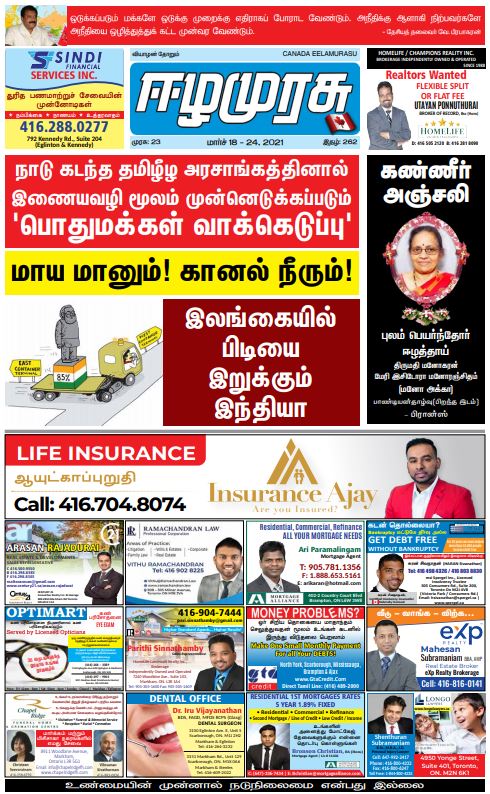