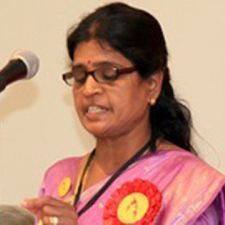 UN Human Rights Council Resolutions 30/1 and 34/1 were cosponsored by Sri Lanka and passed unanimously by the Council on March 2017, for the international crimes committed against Tamils including women and children, in 2009.

Sri Lanka not only failed to fulfill its commitments to UN Human Rights Council, especially establishing a Hybrid Court consisting of foreign judges and prosecutors, but in this year’s March Session of the Council informed the Council that Sri Lanka is withdrawing from cosponsoring the Resolutions 30/1 and 34/1.

Failure for UN Human Rights Council (UNHRC) to act decisively on Sri Lanka will have serious impact on the lives of Tamils in Sri Lanka. Failure to refer Sri Lanka to the International Criminal Court (ICC) will give green light to the Sri Lankan Government to continue and intensify its abuses against Tamils, especially against Tamil women, including their documented practice of holding Tamil women in “Rape Camps.”

UNHRC should monitor closely about the plight of war affected, especially about the protection of 90 thousand Tamil war widows and Mothers of the Disappeared who is leading a campaign to find their loved ones who disappeared, including babies and children who surrendered along with their mothers and still remain disappeared.

Tamil Mothers of the Disappeared also faced harassment and attack by Sri Lankan Security forces and the Military intelligence to silence them and to stop them from searching for their disappeared loved ones, including babies and children.

A report by the International Truth and Justice Project (ITJP) published details of Sri Lankan Military run “Rape Camps”, where Tamil women are being held as sex slaves.

The report states the following:

“A senior officer came into the room and was asked to take his pick, like we were meat in a meat market. He looked around and chose me. He took me to another room and raped me”

“Two of the women describe being detained in a group in one room, available for any soldier to come and choose from and take to an adjacent room or tent to be raped,” says ITJP.