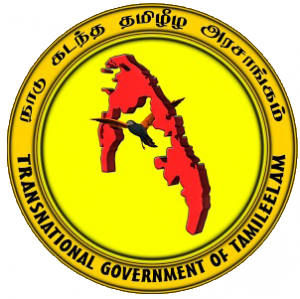 The landowner of the Kanniya Hindu Temple Ms. Kokilaramani and one leader Mr. Akarthiyar were assaulted by Sinhalese traders who splashed them with hot tea.

By visiting these two places you can get first-hand information on restriction on the right to freedom of peaceful assembly and of association in Sri Lanka”— Transnational Government of Tamil Eelam (TGTE)NEW YORK, UNITED STATES OF AMERICA, July 18, 2019 /EINPresswire.com/ —

Today the Transnational Government of Tamil Eelam (TGTE) urged visiting UN Special Rapporteur, Clément Nyaletsossi Voule, to visit Kanniya in the Trincomale District where peaceful protests against the destruction of an ancient Hindu Temple is being blocked by Sri Lankan Security Forces.

He was also urged to visit Neeraviyadi in the Mullaitivu district, where the peaceful assembly of Hindus in a Temple is being harassed by the Security forces.

“By visiting these two places, you can get first-hand information on the restriction on the rights to freedom of peaceful assembly and association in Sri Lanka” said TGTE.

Hundreds of Tamils from across the North-East travelled to Kanniya in the Trincomalee area to protest the destruction of a Hindu temple to make way for a Buddhist Temple. Several protesters were obstructed and blocked en route by the Sri Lankan army and police, while some were assaulted by the Sinhalese as security forces watched on.

The Tamil crowds pleaded with police to allow them to enter the Hindu Temple to worship, however, since they were still being blocked, protesters carried out their prayers on the main road where they were stationed.

Protesters who travelled to the area from Jaffna and Mullaitivu had their vehicles and bodies subjected to intense searches by the army and police. One group accused Sri Lankan army personnel of deliberately puncturing the tire on their bus while they had been stopped for checking.

The landowner of the Kanniya Hindu Temple Ms. Kokilaramani and one leader Mr. Akarthiyar were assaulted by Sinhalese traders who splashed them with hot tea.

Mr. Voule will be visiting from July 18th to 26th and will be traveling to various parts of the island.

The Special Rapporteur is to hold a press conference on the 26th of July, upon the conclusion of his visit. He will present a comprehensive report on his visit to the 44th session of the Human Rights Council in June 2020. Transnational Government of Tamil Eelam TGTE +1 614-202-3377