“Due to the Protest Gothabaya Used the Back Door to Enter the Building. Large number of Police were present at the Rally”

Huge crowds, including women and children, gathered outside United Nations in New York, to protest against Sri Lankan President Gotabaya Rajapaksa speaking at the UN General Assembly. This Protest was organized by Transnational Government of Tamil Eelam (TGTE).

It is reported that Gotabaya avoided using the main entrance and used the back door to enter the building. Due to this protest there was large number of police stationed in the protest area.

Several victims of Gotabaya were also present in the rally, giving interview to the international press.

Rally Highlighted Sri Lankan President Gothabaya’s Leadership Role in Committing Genocide, War Crimes and Crimes Against Humanity against Tamil people. Gothabaya was the Defense Secretary when According to UN Tens of Thousands of Tamils were Killed and Tamil Women were Raped by the Sri Lankan Security forces

SOME OF THE ATROCITY CRIMES COMMITTED AGAINST TAMILS WHILE GOTHABAYA RAJAPAKSE WAS SERVING AS DEFENSE SECRETARY ARE:

According to the UN Internal Review Report, over Seventy thousand (70,000) Tamils were killed in the first five months of 2009. These Tamils were killed due to deliberate and intense shelling and bombing of areas designated by the government as “no-fire zones”, where Tamil civilians had assembled for safety. www.ustpac.org/militarization and http://www.srilankacampaign.org/fiveinfographics.htm Transnational Government of Tamil Eelam TGTE +1 614-202-3377 r.thave@tgte.org 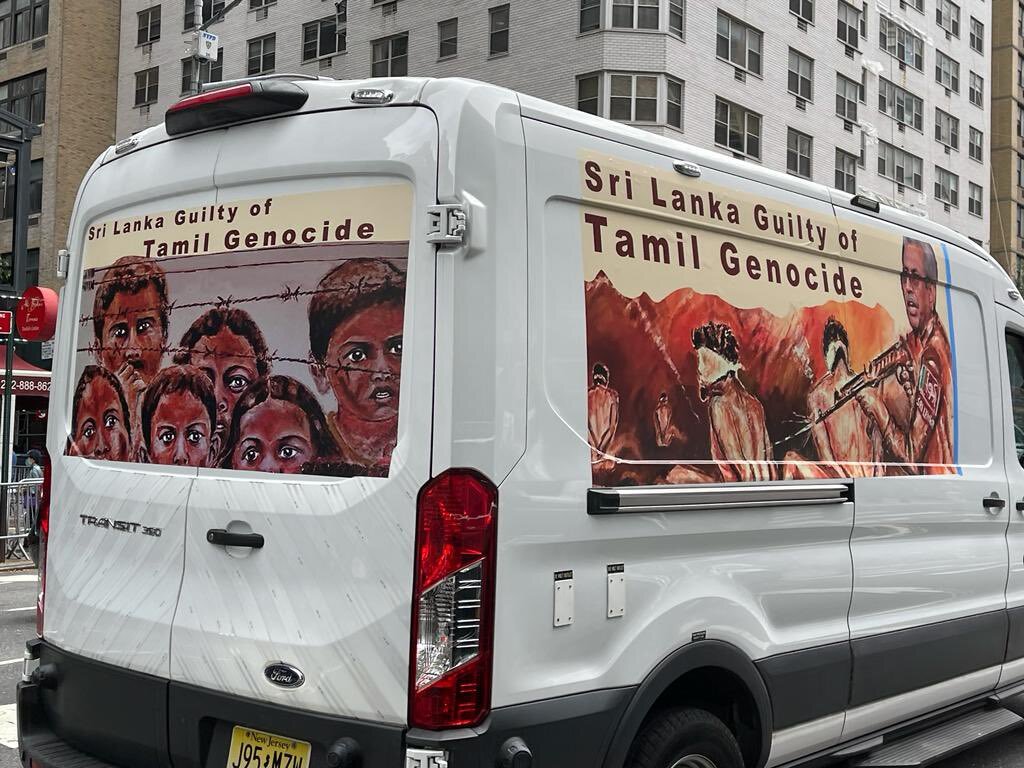 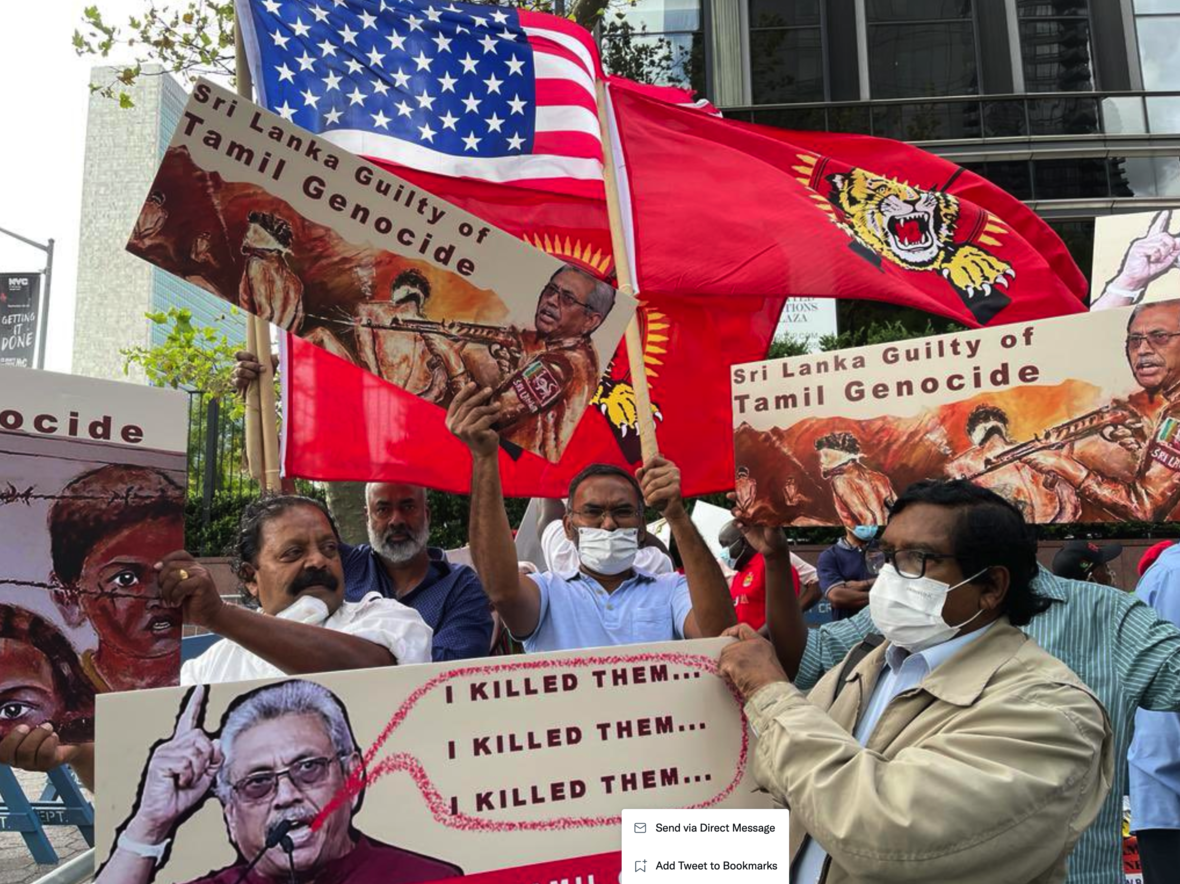 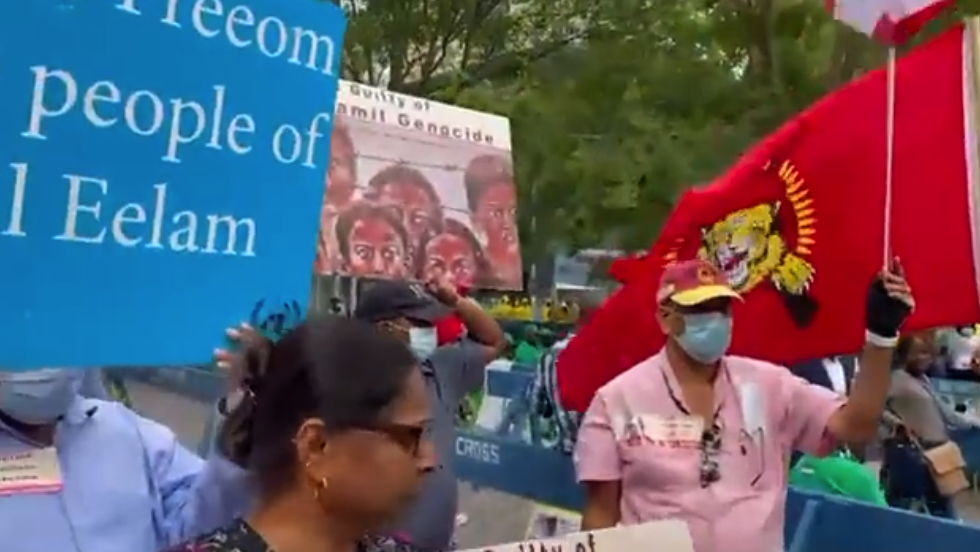 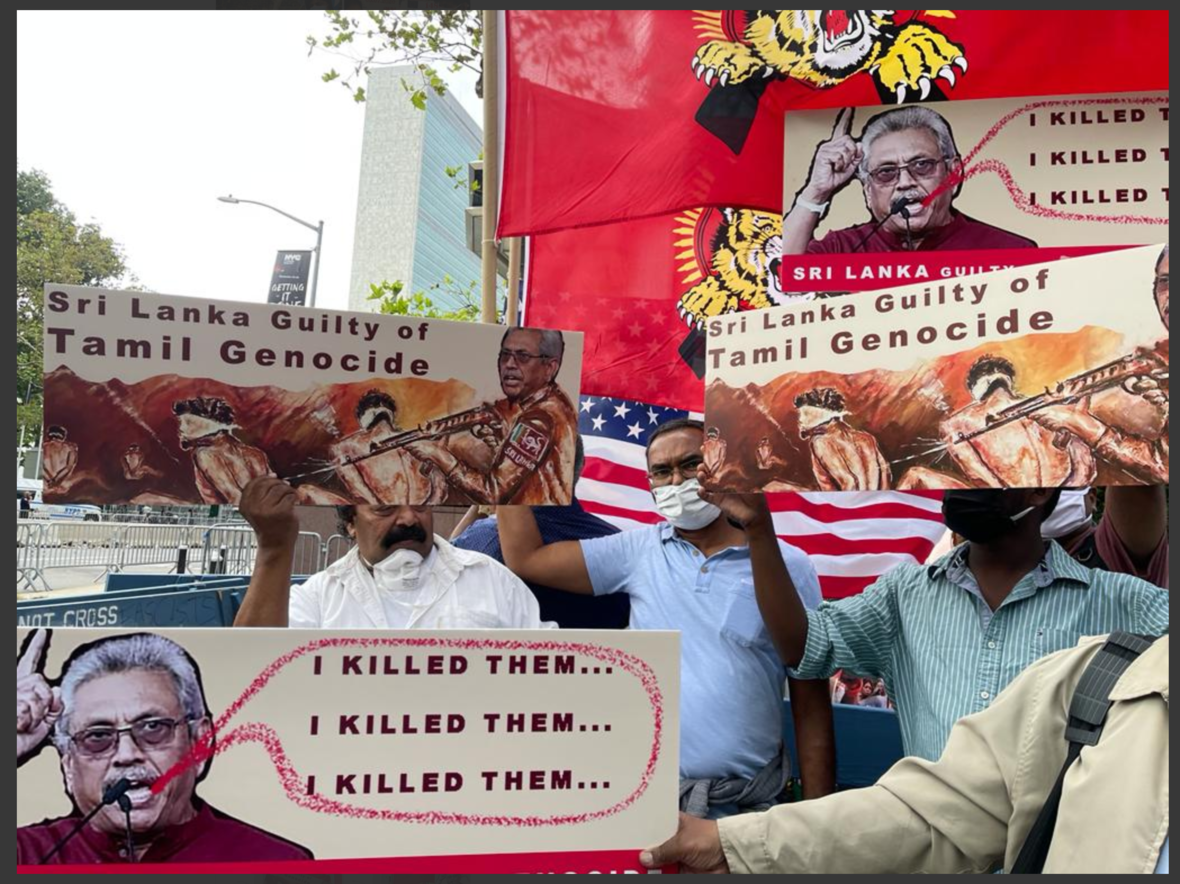 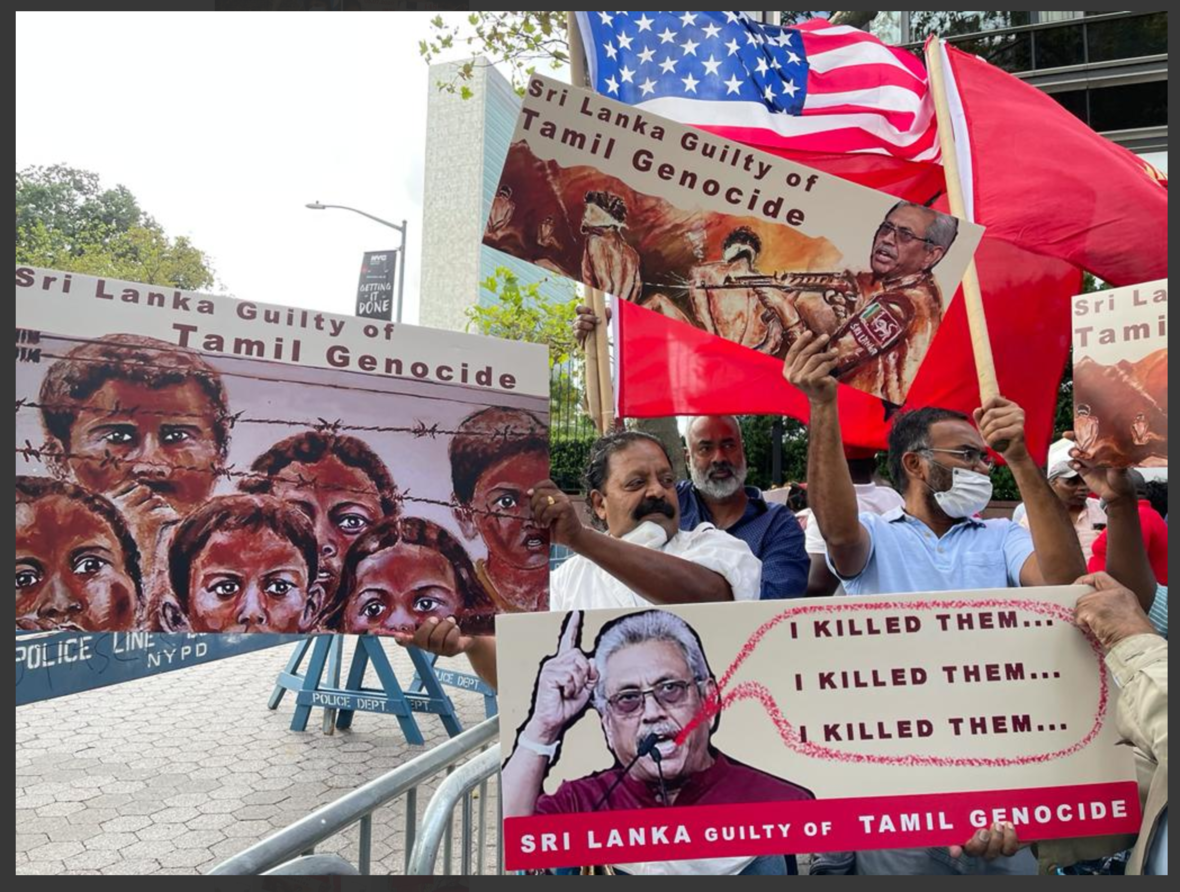 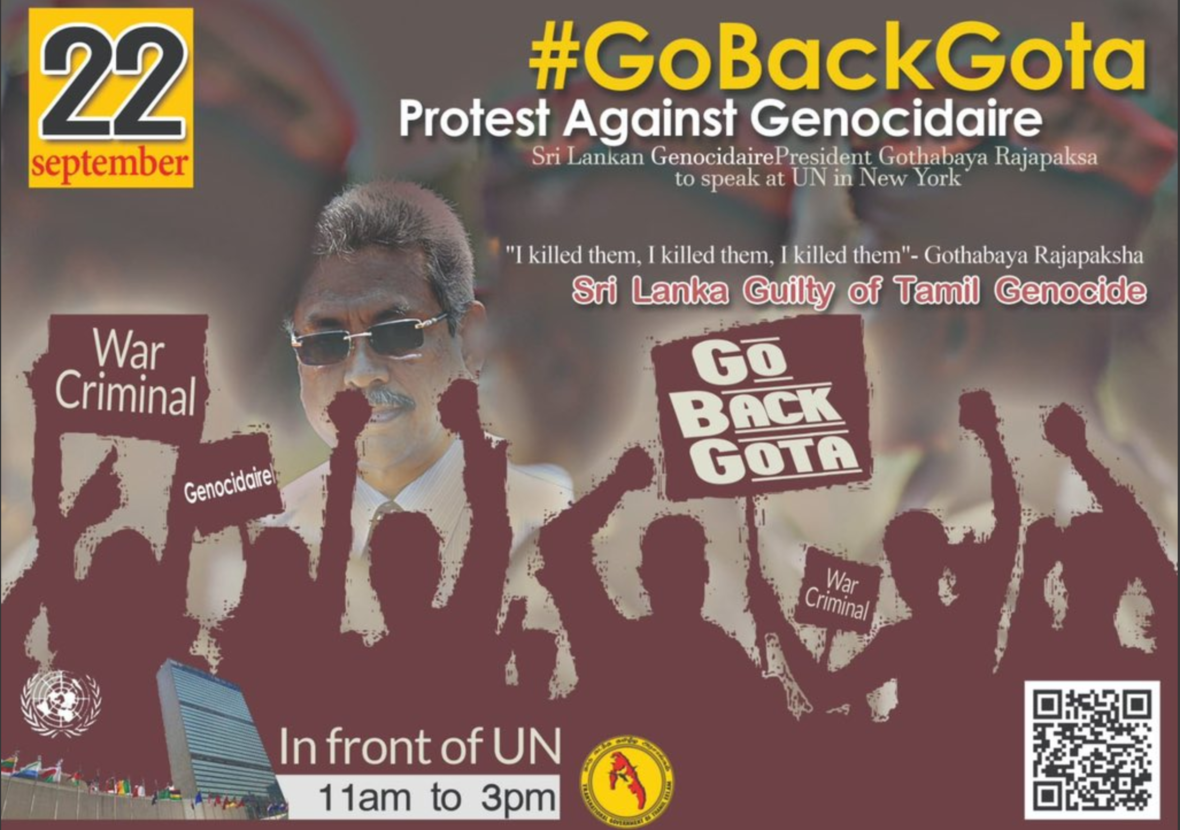