TAMILS HOPE CANADA WILL LEAD THE WAY IN PROSECUTIONS FOR GENOCIDE AND WAR CRIMES IN SRI LANKA: TGTE

OTTAWA, CANADA, November 4, 2015 /EINPresswire.com/ — The Transnational Government of Tamil Eelam (TGTE) today congratulated the new Canadian Prime Minister, Justin Trudeau, on his assuming office following his party’s landslide victory at the federal elections held last month. The Prime Minister of the Transnational Government of Tamil Eelam, Mr.Visuvanathan Rudrakumaran, writing to Prime Minister Trudeau, hoped under his leadership Canada will lead the way in prosecutions for genocide and war crimes: “We are confident that under your leadership, Canada — working through international organizations — will contribute to delivering remedial justice to Eelam Tamils, who were subjected to genocide in 2009 and who continue to be subjected to structural genocide in the island of Sri Lanka,” he wrote. To this end, Rudrakumaran also drew Prime Minister Trudeau’s attention to UN High Commissioner for Human Rights, Prince Za’id Hussein’s call to UN Member States, for the need to, “wherever possible, notably under universal jurisdiction, investigate and prosecute those responsible for violations such as torture, war crimes, or crimes against humanity.” At the outset, in his congratulatory message, Rudrakumaran called Trudeau’s victory, a victory for his, “positive, optimistic, inclusive, and hopeful vision of public life.” “Canadian voters have rendered a verdict that you are ‘Ready’, your victory has also constructed a ‘sunny way’ forward,” Rudrakumaran wrote. Rudrakumaran praised the Canadian Prime Minister for his, “commitment to active participation in international organizations and for, “employing a humanitarian foreign policy” which he said, “will contribute to a world order based on justice and human rights.” Referring to Mr. Gary Anandasangaree, the newly elected Canadian Tamil Liberal MP for Scarborough Rouge-Park, Rudrakumaran wrote about how much, “Tamils in Canada identified with the Liberal Party because of their, “shared values and visions” “This time one of our own, Mr. Gary Anandasangaree, an Eelam Tamil, has been elected on your party ticket. We are confident that he will contribute tremendously in advancing your agenda. His victory is not only a victory for Canada’s diversity and pluralism but a victory for Eelam Tamils also,” he wrote. 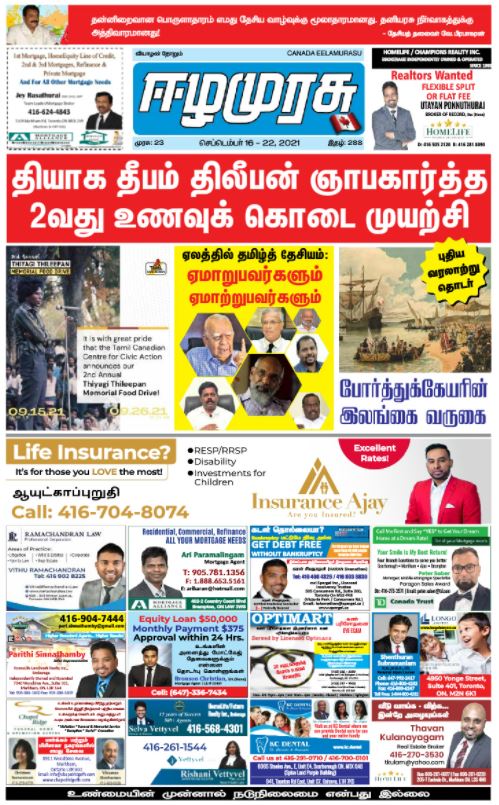