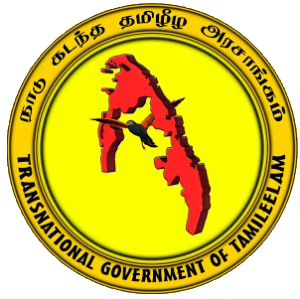 Transnational Government of Tamil Eelam (TGTE), welcomes US Secretary of State Blinken for designating two Sri Lankan officials for their involvement in gross violations of human rights under Section 7031(c) of the Department of State, Foreign Operations, and Related Programs Appropriation Act, 2021.

This law provides that in cases where there is credible information that officials of foreign governments have been involved in a gross violation of human rights or significant corruption, those individuals and their immediate family members are to be designated publicly or privately and are ineligible for entry into the United States.

The two officials are:

TGTE also appreciated Secretary Blinken’s statement that “The designation of these two Sri Lankan individuals is not the only action we are taking in support of accountability for gross violations of human rights in Sri Lanka.”

Tamils in the island of Sri Lanka have faced repeated mass killings including in 1958, 1977, and 1983 and the mass killings in 2009 prompted UN Secretary General Ban Ki-moon to appoint a Panel of Experts to report on the scale of the killings.

International Truth and Justice Project (ITJP) in February 2017 handed over details to UN of Sri Lankan Military run “Rape Camps”, where Tamil women are being held as “Sex Slaves”.

Also, According to UK Foreign and Commonwealth Office report on April 2013, there are over 90 thousand Tamil war widows in Sri Lanka.

Thousands of Tamils disappeared, including babies and children. UN Working Group on Enforced Disappearances stated in 2020 that the second highest number of enforced disappearance cases in the world is from Sri Lanka.

TGTE seeks that the international community hold the perpetrators of war crimes, crimes against humanity, and genocide against the Tamil people to account by referring Sri Lanka to the International Criminal Court (ICC).

TGTE calls for a referendum to decide the political future of Tamils.